Buying a packraft for touring in the driest state sounds a little crazy. But during the storms of 2017 Nevadan deserts flooded. The desert’s alkali flats, playas, ancient lake beds went from dusty dry hard pan to feet of water. We are coming up on 2 years since these storms dropped record rain and snow in the western part of the state and we still see surface water in depressions that have been dry over the last 20 years.

The Carson River flows out out of the Sierra Nevada to die in the Carson Sink. The natural flow of the river has been altered to flow into Lake Lahontan Reservoir then distributed for irrigation in Fallon. The snowpack reportedly could fill the reservoir 1.3 times. In response crews pulled off “The Big” a diversion that routed water under Highway 95 to the Carson Sink via Sheckler Reservoir and Carson Lake. This would allow the desert to fill adding opportunities for amphibious adventure.

Two grand playas that flooded were The Black Rock and Smoke Creek Deserts. I did visit to view the spectacle and figured there had to be an opportunity here. The idea was hatched, I wanted a packraft. More adventure cyclists were writing and filming their bike/raft adventures. It wasn’t until I read the review by Greenbelly Meals that I decided on the Hornet-lite by Kokopelli Packrafts.

When it arrived I was surprised how small of a box it came in, but that is the point. I was pleased when I put the paddle together, light weight, solid, good feel in the hand. Now the test, how is it inflating the boat, at least in my front room? After messing with the valve and the inflation bag I was able to inflate the boat and top it off in under 6 minutes. I couldn’t believe it. The inflatable seat cushion took a minute. Then I climbed in. I am 5’5” and I fit just fine. I could imagine a full size pack across the bow. It was hard to imagine a bike on the bow, but that was next. I will have to have some taller friends give is a go. I was pleased by the construction and materials. This boat uses the lightest material in the Kokopelli lineup, all the specs are here.

Next stop, getting it on the water. My initial thought was to drive to Stampede Reservoir and paddle around for a bit. But then I realized there has to be a first time for bike and boat… and that time is now. I drove up to Stampede Reservoir with my Surly Ice Cream Truck, outfitted with racks front and rear and my Hornet bagged in a thick dry bag with the paddle attached. When the road turned to dirt I parked, loaded the boat onto the back of my bike and was off.

The dirt road to the lake was a blast to ride. It is so jarring in the vehicle I was glad to be on the bike. I decided to bike along the shore counter-clockwise to find a spot to launch. I had been wanting to explore the Stampede shoreline and now I have the perfect vehicles to do so. If there are sections that would otherwise keep me from riding I could continue in the raft from another vantage. Today I picked a spot after about an hours pedal. This morning the big spectacle was a seaplane doing touch-and-goes on the lake.

Unpacking the boat, inflation, disassembling and packaging my bike, loading and launching took about 30 minutes. Totally reasonable, relatively easy. First paddle strokes were amazing. The boat tracks well as long as you are paddling. Stop paddling and the raft starts to spin. Totally acceptable. I felt like the raft paddled efficiently. I felt like I sat high enough in the boat to have a good paddle stroke. There was a light breeze but I felt the raft didn’t catch the wind as I had been warned. The raft with the bike attached is cozy. I got to see fish jump and a greater variety of birds, sights missed pedaling along the shore.

After an hour I landed in a cove. In about 20 minutes the boat was packed an on a reassembled bike. I was really pleased with how quickly the boat unpacks and packs. This time I loaded the boat on the front rack and pedaled through the forest back to the car. I was on new-to-me roads that I would not have explored otherwise.

Value; reasonable cost to get into packrafting in a single package

Easy to set-up and break down; easy to transport

Performs well, as it should

Inspiring; I am now planning my next bikerafting trips

Size; it fits me and my gear but I am small

These limitations are addressed by other boats in the Kokopelli line. My thought is I will see where the Hornet takes me and consider other boats if the Hornet limits my adventures.

I have paddling shoes and my cycling rain jacket that I will bring. Overall the inflatable seat in the boat did its job keeping my shorts dry but I will bring rain pants and pack away my cycling clothes to paddle dry and ride dry. I will be wearing an inflatable PFD in the future as well. 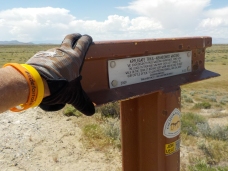 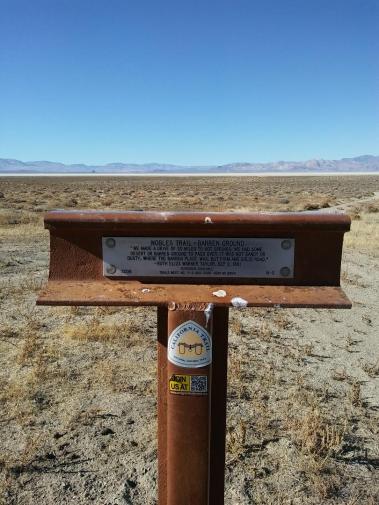