This is my fourth trip in the area and my first attempt with the courage to climb into the Petersen Mountain Range. I am very glad I made the trip but will have to devote a longer day to do the range justice. On my previous trips I stayed low in the valley above Cold Springs but I was always looking up at the jeep roads climbing the steep mountain.

This trip I made the climb choosing a prominent road on the south east end of the range. This route is commonly used by ATV and off-road vehicles. I climbed slowly over five miles of typical northern Nevada terrain. I followed the occasional turn-out that all dead ended, in hope I would find an exit to the familiar valley below.

I climbed to 7,000′, 25 miles and 4.5 hours into my day. All these metrics I picked as maximum turn around points for this day’s exploration. There were still miles of road ahead hovering around 7,000′. My virtual research of this road did not give me a specific terminus which makes the on the ground exploration so much fun.

My return route was unplanned. I was hoping for an exit to the valley below. I descended about 500′ on a well used turn-off. It ended at a rock spur overlooking a very steep descent. I was not looking to climbing what I just came down. There was a much lesser used turn-off that I decided to take a chance on. It paid off with a very steep descent into familiar territory.

From the north end of Cold Springs I followed dirt roads that connected to Red Rock/Stead that I had not used before. For a day’s outing I had covered new ground with great potential for getting out of Reno on dirt. 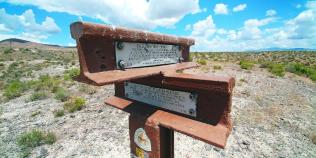